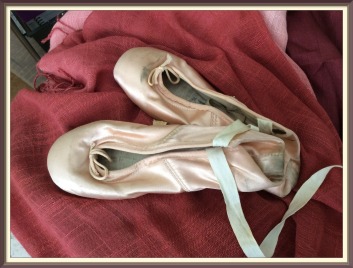 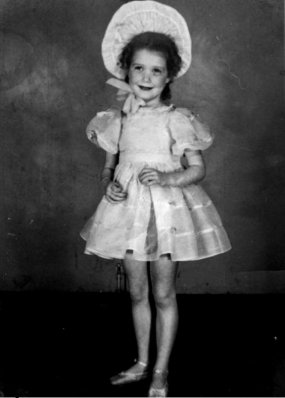 If I was handed a lemon at birth, then thanks to my mother it has turned into a lifetime of champagne.  Diagnosed with a serious lung condition when I was three, doctors in my hometown of Sydney,  Australia, predicted a lifetime of limited activity and little hope for a cure.  My mother refused to accept that grim diagnosis.  With an amazing instinct, she wedded my love of music to the physical demands and discipline of ballet and enrolled me in the training academy run by the prestigious Australian Ballet Company, which was affiliated with the famous London Sadlers Wells Company.  Twelve years later, at the age of 15, not only was I strong and healthy, but I had the honor of being the youngest student ever offered a full-time place in the ballet company. And then the blow fell.  I was told that the labour laws denied full-time employment to anyone under 16.  No exceptions!  Strings were pulled at the highest level, but to no avail.  I would have to sit on the bench for a year before I could begin my career as a professional ballerina.

I was not only devastated by this unexpected turn of events, but I was also an impatient teenager, headstrong and determined to launch my performing career. Against the advice of the ballet company’s directors and teachers and my mother, I turned  my back on ballet and embarked on a career in radio, stage and television.  Happily, even at that tender age, I found quick success, first in radio dramas, and eventually theatre and television.  But it was a guest-starring role in “Whiplash”, an American television co-production with Peter Graves, that put me on a ship bound for Italy and a very small role in the Burton/Taylor “Cleopatra” …..that ended up on the cutting  room floor!

But I was in Rome and a friend  introduced me to the feature film director George Sherman, who was about to start filming “Panic Button”, starring Maurice Chevalier. He cast me in a cameo role, and that truly was the defining moment in a career that now has spanned more than fifty years.  “Panic Button” gained me an English agent and a role in a West End musical production of “Vanity Fair”.  From there, I began a busy schedule of television and motion picture appearances; from several episodes of the Benny Hill Show (not a Benny’s Angel!) to multiple guest-star roles in “The Saint”, “The Avengers”, “The Prisoner”, “The Persuaders”, “The Baron”, “The Brothers”, “Crossroads”, and many more, I’m happy to say!   And films I made include “ This Is My Street”, “Up Jumped A Swagman”, “Heroes of Telemark” and “Mr. Ten Percent”.  All of which led to my role as Jeannie Hopkirk in the seemingly ever-popular “Randall & Hopkirk (Deceased)” series, and with every re-run, gains a new, younger audience while retaining older fans.

As a result of my good fortune to have appeared in so many of the popular 60’s television series, in 1966, the producers of the stage hit musical “A Funny Thing Happened on the Way to the Forum” cast me in the role of ‘Philia’, the Virgin opposite Michael Crawford.  It was a magical experience to be in a production with such talents as Zero Mostel, Buster Keaton, Phil silvers, Michael Horden  & Jack Gilford.  Working under the direction of Dick Lester was , to say the least, interesting.

Brilliant at improvisation, he encouraged us to do our own stunts, which Michael and I enjoyed very much.  But I rather bit off more than I could chew at times, when I found myself driving a horse-drawn chariot at suicidal speed through a dense forest and deadly rutted roads, and being drawn- up over 100 ft high by a rope from the floor of a temple, through a narrow opening in the roof and then being lowered down a steep-sloping roof to the ground – all this while I’m gripping the rope with my bare hands and with no safety harness!  To this day I don’t believe I did the stunt, when even the mere thought of my climbing onto a stool and looking down sends me into a panic!

In 1967, my dearest friend, Sue Lloyd (‘the Baron” TV series, “Ipcress File” etc.) and I were sharing a London mews house when we were included in a coffee-table book called the “Birds of Britain”.  It was chock-a-block with wonderfully creative and provocative photographs of attractive young women who personified the “Swinging 60’s” of Britain – from Carnaby Street’s Mary Quant to Julie Christie and the fab model Jean Shrimpton.

Six of us were chosen to go on a coast to coast tour of America to promote the book and the new British fashions.

We arrived in New York on a Saturday and by lunch-time, Sue and I and the girls were crossing a traffic-jammed Fifth Avenue in our colourful , shorter than short mini-skirts on our way to a press conference at the Plaza Hotel.  Traffic literally screeched to a halt, as no one in New York had ever seen attractive young women parading in broad daylight in outfits like ours. The shocked reaction was duplicated in every city we visited.  And it continued when the next night we appeared live on the Ed Sullivan Television Show. It started with a stunned silence from the audience when we came on stage and then broke into thunderous applause, that lasted so long the director was forced to go to a commercial so the show could continue.

In Los Angeles, we were touring the Paramount Studios, when Aaron Spelling approached me and said he was a fan, citing several episodes of series he had seen.  Then and there he said he wanted to have a script written for me on a new series he was just filming called “The Guns of Will Sonnet” starring Walter Brennan.  Would I consider staying on and doing the show?  Not only would I, but I did and after staying in Los Angeles for two months, I discovered, much to my surprise, just how much I missed London and the beautiful English countryside.  Home I came.

The 1970’s found me taking a break from filming and getting re-aquainted with my love of theatre.  Over the next two decades I played in West End and touring productions  including “The Collector”, “A Streetcar Named Desire”, “The Business of Murder”, “Come Blow Your Horn”, “Suddenly At Home”, “There Goes The Bride”, to name just a few.

In 1979, my daughter, Anouska, was born.  When she was six months old we travelled to Sydney, Australia, ostensibly for a visit with family, but work caught up with me there and I started appearing in television series and plays, working between Melbourne and Sydney, which involved much travelling, and always with Anouska in tow.  I had a role in a popular Melbourne -based series called “Cop Shop” for several months, filmed several

episodes of “Cell Block H”, and had the lead in a Dynasty-style series called “Taurus Rising”.   Between all this I did a very successful theatre tour as Dr. Scott in  “Whose Life Is It Anyway?”

Beginning of 1984, homesick for England, we returned, where I immediately started work in ‘Crossroads” as Sarah Alexander.  By this time Anouska was a veteran of touring, and as much as I was drawn to the greasepaint and footlights, she found that lifestyle not up her street.  Today, she’s happily married to David, with a son, Jake, and her daughter, Nia, and working successfully in London in a profession far from showbiz.

The Christmas season of 1987 saw me “resting” – a theatre nicety for being out of work!  For weeks , I hadn’t a hint of a job in the offing.  Then , out of the blue, came a phone call that literally changed my life. An American producer named Arthur Weingarten, was in London casting a film for television called “Maigret”, starring Richard Harris. Would I be interested in reading for a part?  Would I!  Long story short, I auditioned with dozens of other actresses, got the role which was playing three meaty scenes opposite Richard, and a year later was the happy owner of a new, double-barrelled name, Annette Andre-Weingarten.

As of this writing, we’ve been married for 29 years, having lived in London, Los Angeles and in a mountain-top house in New York’s Hudson Valley, an area which thrilled us with its variety of wildlife, as both Arthur and I are passionate animal-lovers and worked for many years as hands-on volunteers for Bill Travers and Virginia McKenna’s Born Free Foundation.

Also, the natural beauty of mountains and forests inspired me to follow a life-long love of art and I’ve recently started selling my paintings both in the US and abroad.

Four years ago, we moved back to southern California, just outside of San Diego to a sea-side community with endless miles of white sand beaches and a year-round sunny climate. It’s heaven! So, I’m blessed to say that life has been a wonderfully rewarding and exciting journey, with the hope of years more ahead.